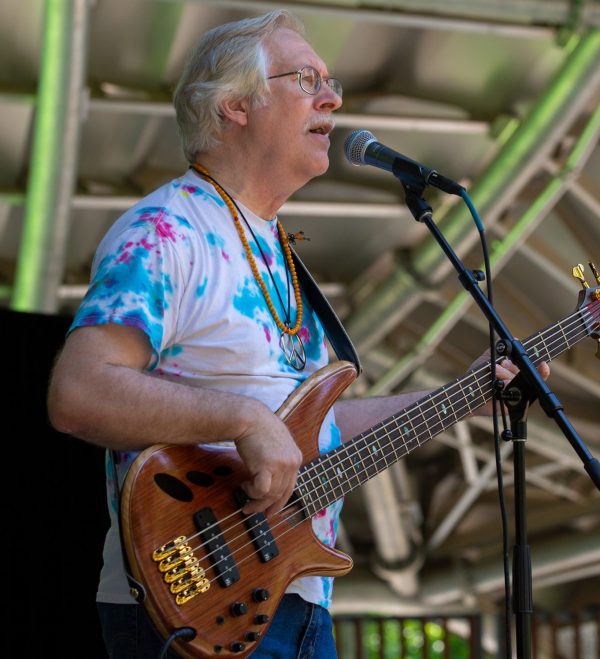 At 16, he had formed his first basement band with some neighborhood friends.  But the band was short lived and he and the drummer soon found themselves playing in a group called Second Touch which morphed into a group called Confection, a local, weekend society band.  When the bass player quit unexpectedly, Tom offered to fill in while they found a replacement. After a month, he found he liked playing bass and has been ever since.

During the spring of ‘72, Tom was offered a job at Omega Recording in Kensington, MD.. He worked his way up from making tape copies and answering the phone to engineering sessions, solo. While working at Omega, Tom met local recording artist and songwriter Tom Guernsey, of the ‘60s group The Hangmen, and soon became his primary engineer.  Tom played bass and sang on jingles and original song demos, joining Tom Guernsey’s elite group of session musicians. Often times, he would engineer and perform at the same time.

By 1994, Tom was looking for more stability than the quickly changing recording industry could provide.  He found it in woodworking. As a hobby, Tom had built cabinets for the studios he worked in. Now, he branched out and having met many people in the video and audio world, Tom capitalized on those contacts and developed a large client base.  By 2001, the group Confection’s gigs were slowing down and the final performance was given that winter.  After a four year absence from music, Tom joined a group of musicians that would eventually become the rock group On-Kilter, performing with them for nearly three years, followed by several other groups.  Then, an invitation from Joe and Steve and, with Mike, Bob and wife Lois joining soon thereafter, JANGLEBACHS Mach 2 was born!