IMAGINE. . . all the best rock groups of the ’60s in concert and together on one stage

The greatest festival of all time happens every night

JANGLEBACHS – a tribute to the music of the 1960s

the music that defined a generation. . . and changed the world 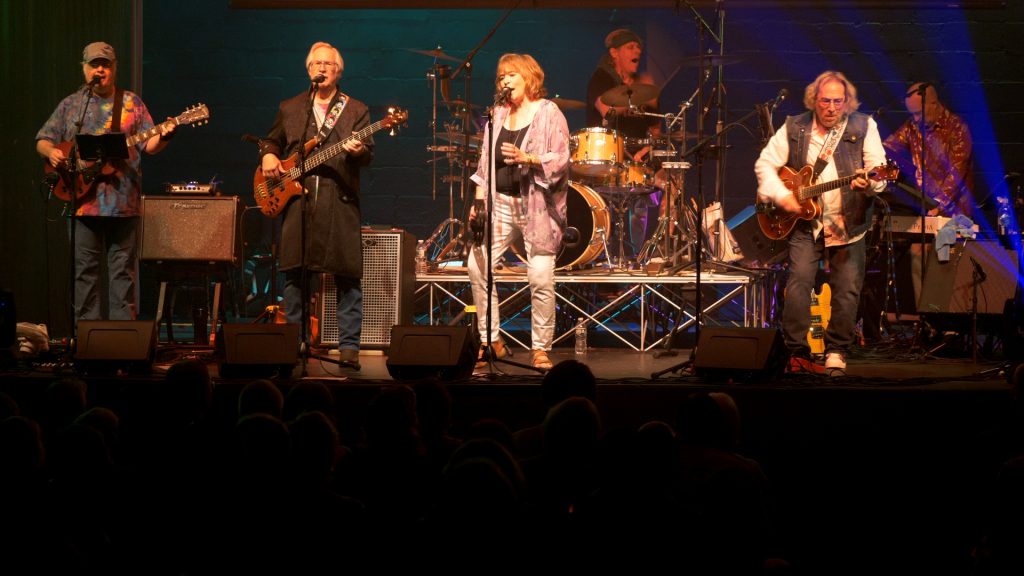 “All of us at The Milton Theatre appreciate the performance by you and the rest of the Janglebachs team on Sept 13th. Our guests couldn’t have been happier with the concert.   The tech staff and I appreciate working with professionals who can efficiently load in, set up, sound check, perform, and load out on time, and Janglebachs touched every base! Thank you and all of the group for bringing us a great evening. We look forward to your return to The Milton Theatre.”

“Having The Janglebachs with us to play the music of our youth was absolutely the highlight of our recent birthday extravaganza. Your performance was spirited and terrific, and judging from the packed dance floor, clearly appealed to our guests of all ages.  We received countless notes and texts of thanks after the evening raving about the band and the music.  We also really appreciated your professionalism, the flexible way you worked with us to arrange the evening, and your serving as emcee to keep things going. Thank you all for helping make our birthday event so special–here’s to the next one!”  –  Shelley D.

“Saw them tonight, I was blown away.  Super talented.  Find them. Go see them. You will love it.”

MUSIC OF THE SUMMERS OF LOVE  Tribute Show:

The Best of Monterey Pop, Woodstock and others.

Music of CSN&Y,  Janis Joplin, Jimi Hendrix, Mamas & The Papas, The Byrds, The Who, Steppenwolf, Joe Cocker, Sly & The Family Stone  and many more!

The Beatles, Rolling Stones, Animals, Yardbirds, Herman’s Hermits, The Who, Gerry & The Pacemakers, Dave Clark 5 and many more

Including a 17 minute British Dance Medley

The “Best Of The Best” Music Of The Decade

ONE HIT WONDERS Of THE 1960s Tribute Show:

We loved them for as long as they were on the radio . . . and then they were gone forever!

Do the grooviest dances to all the boss hits of the 1960s!

’60s VIDEO FOOTAGE/LIGHT SHOWS adds to the authentic vibe of our show!