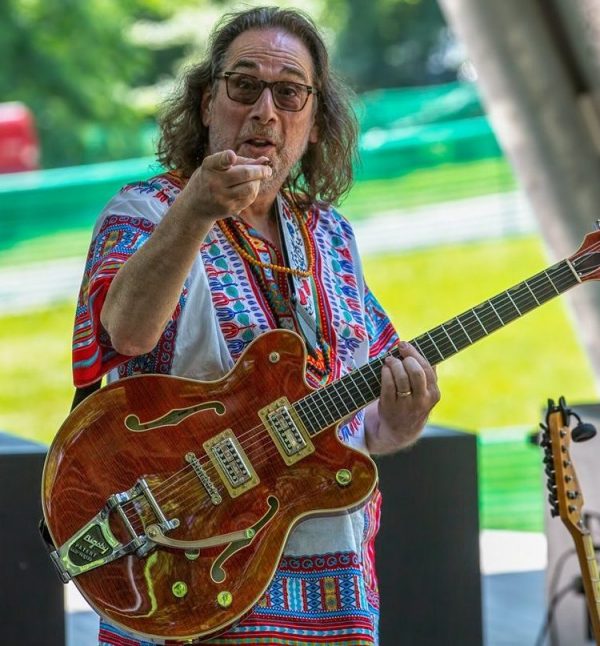 Washington D.C. native Steve Rosch comes from a family of musicians and artists.

He began his musical adventures in 1964, about 60 seconds after he heard his first Beatles record.  Steve studied jazz guitar and music theory from Frank Mullen at D.C.’s famous The Guitar Shop.  Around that time he met Joe “Cool” Goulait and formed the teen rock band The Heard, the model for JANGLEBACHS.

Steve began performing in nightclubs at the age of 16, appearing at The Crazy Horse, Bayou, Silver Dollar, Act IV, The Cave, and many other legendary rock & Top-40 clubs.  In 1973 he co-founded the East Coast show/dance band Fire & Ice, which continued into 1979. Over the years, he shared the stage with acts like Paul Revere & The Raiders, Tommy James & The Shondells, BB King, The Dovells, Journey guitarist Neil Schon, and Santana and Journey keyboardist Greg Rolie.

Steve won numerous songwriting awards throughout the 1970s and 1980s and went into the audio production and recording studio business for the next 35 years with his company ROAR Audio, Music & Video Productions, producing bands, writing radio & TV jingles and working with advertising agencies and multi-media developers, while still performing on weekends.  In the 1990s, Steve joined Baltimore’s famous horn-driven group The Admirals and continued to perform with bands and solo for the 20 years thereafter.

In 2005, Steve rejoined Joe Goulait to fulfill a dream.  The two musicians–now more than 40 years older–would bring back the music of their youth and perform it for a new generation of listeners.  JANGLEBACHS was born.

Steve was inducted twice into The Maryland Entertainment Hall OF Fame in 2016 for his contributions to the regional music scene as a businessman and life-long musician, and as a member of The Admirals.  In 2022, he signed a recording deal as Artist & Songwriter with FERVOR Records.  The Label/Publisher will be representing a number of Steve’s songs, dating back as far as the late 1960’s, to TV, Movies & Independent Producers, as well as for streaming.