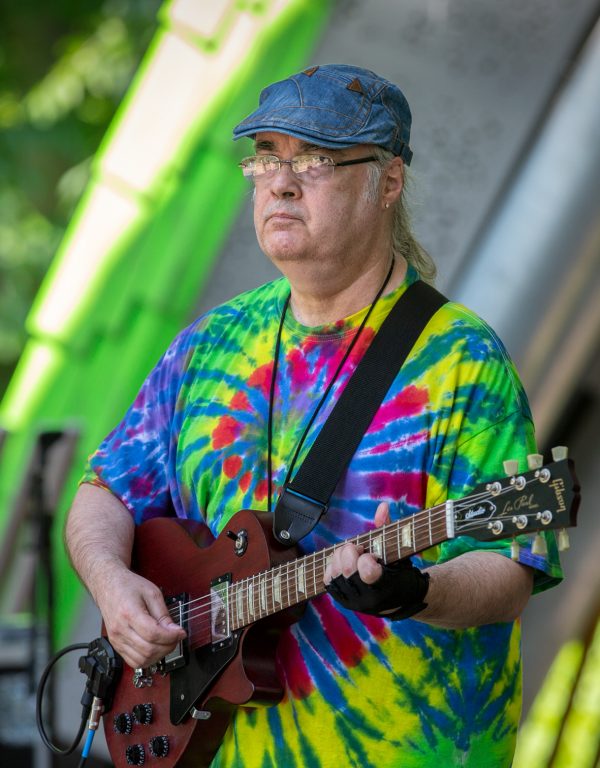 Joe Goulait was born in England and moved to the U.S. at age 3.

Joe started playing guitar at age 12. His first guitar cost 4 dollars and, aware of its potential value to archivists and future generations, is still in his possession though not functional.

He became interested in the bass guitar as an avocation after listening to “I’m Telling You Now” by Freddie & The Dreamers. He is still a fine bassist but serves as master of the 6 and 12 string rhythm guitars, and his attention to the fine tones and tunings of the original recordings is a big part of JANGLEBACHS sound and success. Joe met Steve in Junior High School and formed The Heard. They later reunited in High School with the band Wake, and finally, in 2005, Joe and Steve formed JANGLEBACHS.

Joe’s other love, other than wife of 40+ years, Joyce, is photography and he pursued it at The Smithsonian Institution Office of Imaging, Printing and Photographic Services for more than 30 years. His other musical endeavors include Martin’s Wood, Fireside, Windfall, The Reilly/Goulait Band and The McDuffees. These days, Joe finds time for his life-long passion as a freelance photographer and audio engineer.